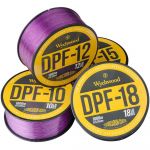 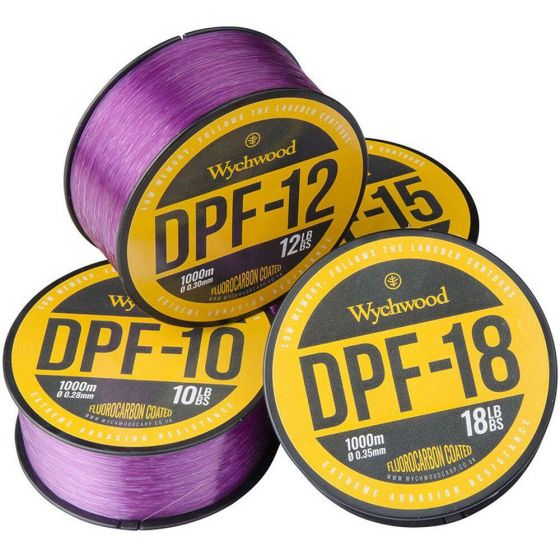 Unfortunately we are not able to ship to non-mainland UK & all EU countries. We are hoping to have this option back on the site soon.

Wychwood have teamed up with one of Europe’s top fishing line manufacturers to create a truly special and unique contribution to the line market. Deep Purple Filament (DPF) is a low-diameter monofilament that offers optimum castability and a super-suppleness that hugs the contours of the lakebed while excess line is pinned from vision and touch thanks to a fluorocarbon coating.

This extra coating not only aids concealment but also provides a smooth, friction-free finish that sails through rod rings with ease, adding precious extra yards on the cast in addition to an extra layer of resistance from the abrasive nature of lakebeds.

This strong list of attributes alone renders this line a worthy contender; however, this line has another trick up its sleeve. DPF’s purple appearance is difficult to miss in the flesh, but it’s when taking to the subsurface layers where the real ‘science happens’. Red line was once said to disappear underwater because it's the first colour to disappear on the light spectrum, but that's not 100% factual. The truth is, the red line theory is a misinterpretation of true facts.

Red objects are the first to be absorbed by the light spectrum underwater, but it doesn't disappear - red objects become black and extremely blatant.

Naturally, water appears to have hazy blue colouration due to Ultra-Violet light being prominently present throughout the water column. DPF line features a UV pigment that has the ability to adapt to the natural light source present under-water and becomes far less prominent, blending perfectly into its surroundings.