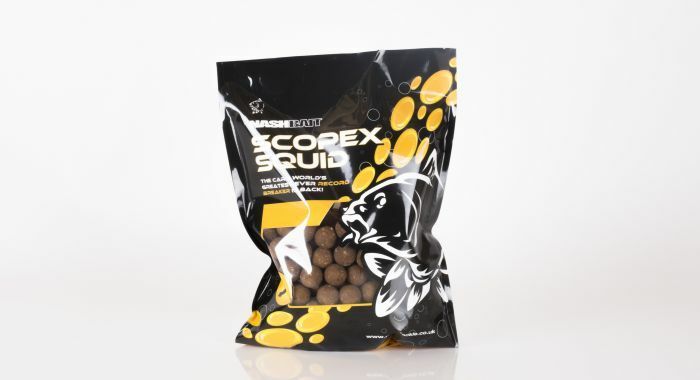 Nashbait have continued to supply Scopex Squid to top anglers under the radar to this day. With the increased production capacity of the Nashbait factory Scopex Squid is being made available again to tens of thousands of carp anglers who have never had the opportunity to use it.

Many of the flagship fisheries of today that contain the most desirable, difficult carp have never seen Scopex Squid because the bait is older than the 40 and 50-pounders they contain – what an edge!

Gary Bayes recorded the UK’s first 60 lb carp with Conningbrook’s Two Tone at a record 61 lb 2 oz, nearly a decade after Scopex Squid had first been released. Acknowledged as the ultimate prize, Scopex Squid was the downfall of the mighty Two Tone no fewer than six times!

Scopex Squid was the bait Jim Shelley used to catch the iconic Black Mirror from Colnemere, along with The Client from Fen Drayton. Darrell Peck slaughtered the Yateley Car Park carp on it, the list goes on and on.

Even pressured carp never stop eating or getting caught on Scopex Squid, it is quite simply one of the most remarkable baits ever.